Homepage > About Us > News > How to Help in Ukraine

How to Help in Ukraine

The invasion of Ukraine by Russia has displaced millions of citizens of a democratic country that was home to as many as 200,000 Jews, including its president, Volodymyr Zelensky. The world has watched, some from a distance and some from within earshot of artillery fire, as Ukraine, its traditions and cultures and its country, has been reduced to rubble. Our members in the Central community have been extremely generous, raising an astounding $200,000 for the Ukraine Emergency Fund, which we are donating to The American Jewish Joint Distribution Committee, the International Rescue Committee, HIAS, and The World Union for Progressive Judaism. But there is still so much more work to do to help Ukrainians. In addition to the trusted organizations above, below are resources and organizations to which you can give to keep the support going strong at this crucial time for Ukraine.

Project Kesher supports Jewish women and girls in Eastern European countries and is fundraising for Ukraine.

Save the Children is working in Ukraine to support the hundreds of thousands of children who face crises during and after the war.

International Medical Corps' teams inside Ukraine and in the surrounding region are responding to the conflict by expanding access to medical and mental health services for those living in affected communities and working to help refugees.

JDC provides a variety of care services for an estimated 40,000 Jewish elderly and 2,500 poor Jewish children across 1,000 locations in Ukraine.

The Center for Disaster Philanthropy’s (CDP) response to this crisis is focused on humanitarian needs that arise, particularly among internally-displaced peoples (IDPs) and refugees.

World Central Kitchen is on the ground in Ukraine, Poland, and surrounding areas, serving over one million meals and counting to those who are houseless and fleeing Ukraine as a result of the war.

In conjunction with UJA-Federation of New York, the Ayfa Foundation is preparing urgently needed wound care, surgical equipment, and biomedical equipment to be shipped to Ukraine.

TAKE ACTION: A group of 50 Central members will be able to volunteer on May 5th from 3:00 pm- 5:00 pm at Ayfa Foundation’s Yonkers warehouse to package goods for Ukraine. Members can also schedule volunteer opportunities at the Ayfa Foundation warehouse on their own.

An international and packaging company shipping to Eastern Europe that has shifted its focus to sending goods and humanitarian aid to Ukraine.

The 100-year-old international education network driven by Jewish values has five schools and two affiliated schools in Ukraine serving over 8,000 students. With those schools closed, ORT is focusing on providing food and emergency supplies.

Please direct all press inquiries to Central’s Communications Department via email at .(JavaScript must be enabled to view this email address), or phone at (212) 838-5122 x2031. 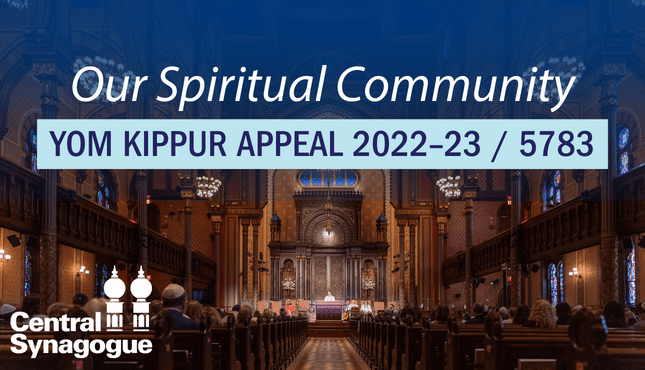